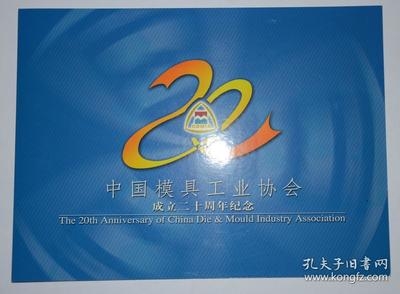 Recently, China mould association ushered in the 20th anniversary of its founding. At the same time, machinery weekly reporter interviewed the general secretary of China mould industry association Cao yan 'an.   Machinery weekly: The role of mould industry in national economic construction is more and more obvious.Mould manufacturing has become an industry that is interdependent with high-tech products,the technical level of the mould industry is more or less an important symbol to measure the manufacturing level of a country.So over the past 20 years, how has China's mold industry changed?

Cao yan 'an:20 years ago, the annual output value of China's mould industry was only about 2 billion yuan, but now it has reached more than 45 billion yuan.
20 years ago, China's total imports and exports volume of molds were only about 26 million US dollars, and the ratio between imports and exports was 18 to 1. Today, the total import and export volume is 1.7 billion US dollars, and the ratio between imports and exports is 4 to 1.
20 years ago, there were only a few thousand mould manufacturers in China, mainly state-owned enterprises. The self-allocation rate of mould production was over 90% and the commodity rate was less than 10%.But now, the mold production enterprise has reached more than 20,000, state-owned, private, three capital enterprises keep abreast of each other, the mold product commodity rate is nearly 50%.
20 years ago, China's mold manufacturing is mainly a traditional manual design, technical production mode dominated by experienced locksmith.And now, China's mold manufacturing industry has entered the era of modern industrial production,digital, information CAD/CAM/CAE technology and nc machining machine tools have been widely used,it has become a technology-intensive and capital-intensive high-tech industry.
Compared with 20 years ago, now our production mold precision has reached the micron grade, die life improved dozens of times, about three-quarters of mold production cycle is shortened, the mould standard parts coverage is from almost zero to about 45%.
20 years ago, China's colleges and universities did not set up the mold profession, but now, there are around 60, 70 colleges and universities set up the mold profession, the mold talented person's training has a very big step.

Machinery weekly:As a bridge and link between the government and enterprises, what important role did your association play in promoting the deepening reform and healthy development of the mould industry?

Cao yan 'an:Over the past 20 years, China mould industry association has been adhering to the tenet of serving enterprises, industry and government，according to the characteristics of China's mold industry, conduct thorough investigation and research,made plans for the development，do practical things for the enterprise,it has been recognized both within and outside the industry.
In the 1990s, China's mold industry had a certain scale,due to the mold is not batch production, technology content, labor consumption proportion and product net added value proportion is big，the problem of excessive value-added tax burden of mold enterprises has also been highlighted, which has become an important bottleneck in the development of mold industry.For this reason, the China mould association has repeatedly reported the situation and problems to the relevant government departments,with the strong support of the former state economic and trade commission, the ministry of finance and the general administration of taxation,in 1997, some mould enterprises began to implement the preferential policy of first collecting VAT on mould products and then returning it.In the nearly 7 years since the implementation of this policy, enterprises enjoying the policy have expanded from state-owned enterprises to domestic enterprises such as collective and private enterprises,the number of enterprises increased from 80 to 160, the annual tax rebate increased from 24 million yuan to over 100 million yuan.
Next : The remanufacturing industry has a great prospect in China
Article Categories
PRODUCTS
Molding and foaming mold
Vacuum forming mold
Sheet metal mold
Foaming line
Vacuum molding machine
Sheet metal equipment
Others
FaceBook Google+ Linked In Twitter WeChat
News
Quik Links
HomeAbout UsProductsCustomer serviceNewsContact Us
Contact Us
Copyright © 2018Chuzhou Kexin Machinery Technology Co.LTD  All rights reserved.
Sitemap/XML